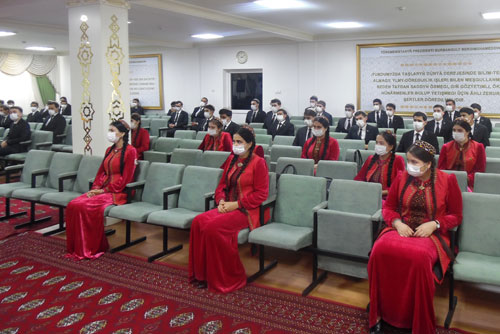 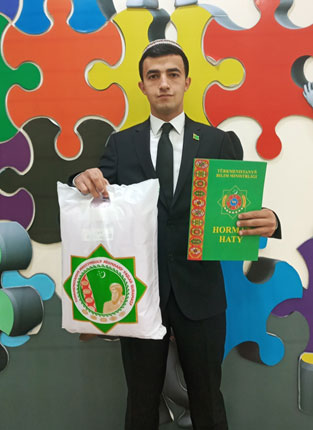 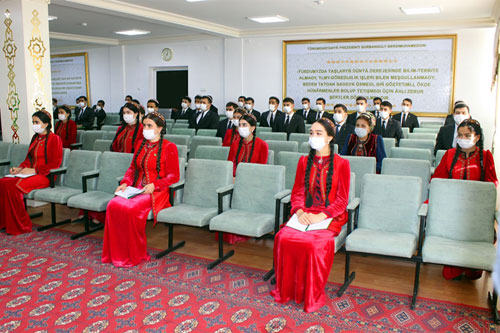 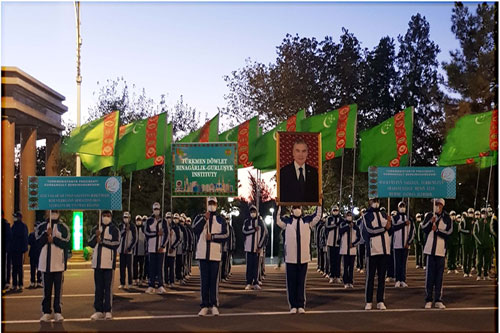 On December 4, 2021 an educational ceremony among student youth has been held in an organized way

On December 4, 2021 an educational ceremony devoted to the name of the upcoming 2022nd year “People’s era with Arkadag” has been held among the professors and student youth at the conference hall of the Turkmen State Architecture and Construction institute. At this educational ceremony 2021st year was noted as expiring and as the year where the 30th anniversary of our sacred Independence was held in our Mighty State. With the initiations of our Hero Arkadag it is turned to the noble tradition to name the coming year to its spirit and distinctiveness in our wealthy country. It is the presentment of wide opportunities that are opened to events for the benefit of our people each year in our country. So, our people’s desire to connect the name of the new coming year with the name of our Arkadag was considered there. It was noted there that the motto of the 2022nd year that is nourished by prosperity will inspire our brave people to new achievements. The motto ”People’s era with Arkadag” is the vivid symbol of respect to our Hero Arkadag who established happy era and is leading our people to new achievements. The participants of an educational ceremony supported unanimously the proposal and noted that with the initiations of our Leader great dead that are going to last for centuries are being implemented into the life. In the result of wisdom policy of our State Leader the level of the life conditions of our people are constantly increasing. It shows that the great dead of our Esteemed President are nourished with success because of his turning the motto “State is for people” into his main principle.